Screening Across the Lifespan Twin Study 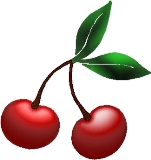 Availability of data and biosamples

The SALT study as well as SALTY and Twin-Gene projects are part of the Swedish Twin Registry (STR). More information on studies within the registry and the data collected could be found at : https://ki.se/en/research/swedish-twin-registry-for-researchers.
Yes
No
Not applicable
Don't know

SALT is a sub-study of the STR and it is a complete screening of all twins from this registry, regardless of gender composition or vital status of the pair and stems from the old and middle cohorts. In addition to the SALT interview, there was the TwinGene (2004-2008), SALTY (2009-2010) which included questionnaires and biosamples, and HARMONY (1998-2003) which included cognitive functioning screenings for those 65 and above, which have been conducted.

No coverage data about the variables classifications are available.
Last Update: 2020-04-20 16:23